Nearly 21,000 hectares of mountain land including the Mountain which is known as Ida in the ancient times, has been declared as National Park by law in 1993. The mountain which hosts 32 different species of endemic plants comes into prominence with its fresh air and goose courtyards at the Sarıkız area (a geographic structure is rarely seen which is a kilometer diameter circular mass of stones).

1726 meters above the Gulf of Edremit is one of the beauties that should be visited in order to see bird's eye view of the large and small islands of Ayvalık and the Aegean Sea.

The villages and waterfalls on the Mount Ida Sarıkız itinerary

While making a journey to the depths of history at the 2750 years old ancient city Antandros at the foothills of Mount Ida where the world's first beauty contest is held and the Altar of Zeus, we will also find the opportunity to experience all the natural beauty of the Ida Mountains.

A permission from the Forest Management Directorate is mandatory in order to go to this exclusive Canyon which distributes the oxygen-rich air received from Mount Ida to Altınoluk. Following Swiss Alps, the world's second largest oxygen producing region in Altinoluk Şahinderesi Canyon is also popular for adventure enthusiasts for many years.

This natural wonder 27 kilometers canyon has a height of 600 meters in some places. The canyon is surrounded by healing herbs, water, and natural life. 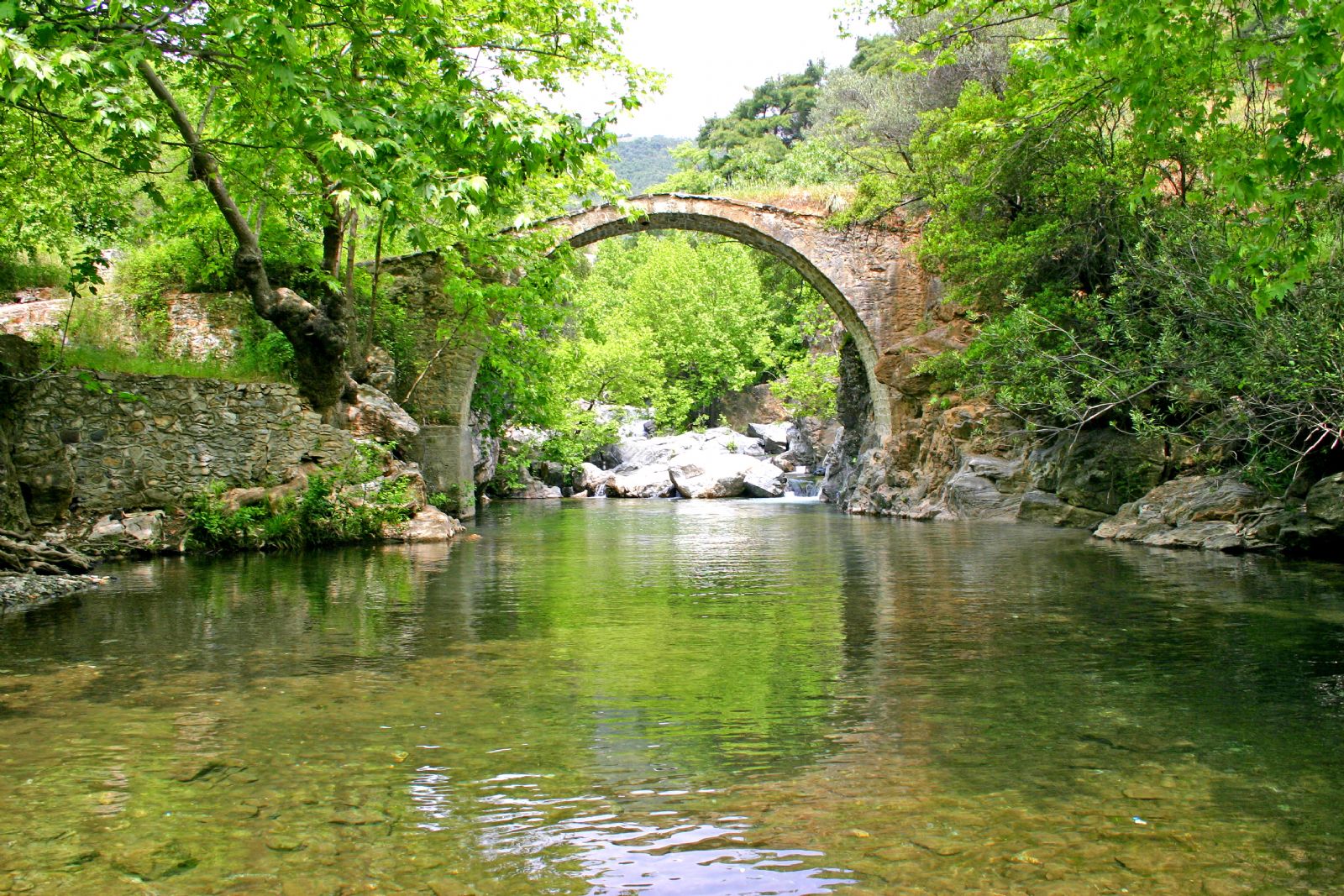 Ayvalık is one of the most beautiful holiday destinations in the region with its exclusive beaches, preserved houses and unique nature. While Cunda Island stands out with its cobble streets, unique flavors and worth seeing structures, The Devil’s Feast is formed by the remnant of an extinct volcano lava deposits. Footprint found here is believed to belong to the devil.

You can climb up Devil’s Feast to see the bird's eye view of the region, taste the local flavors while visiting the historic streets of Cunda Island, sunbath in the 7-kilometer-long Sarımsaklı Beach’s golden sand.

Located on the shores of the Gulf of Edremit at Çanakkale’s Ayvacik town and founded in 900 BC, Assos ancient city has a very special acropolis. This city that has been a settlement center of Greek, Macedonian, Persian periods throughout history, has the temple dedicated to Athena at the highest point of the Acropolis region’s peak.